For the Sports and Fitness Industry Association, the “win” was the bi-partisan re-introduction of the Personal Health Investment Today (PHIT) Act by Sen. John Thune (R-SD) and Congressman Jason Smith (D-MO). The bill, which could prove a boon to sports leagues, membership-supported gyms, sporting goods retailers and tax payers, gives consumers the ability to utilize pre-tax medical accounts to offset costs related to sports, fitness and other qualified physical activities. It expands the definition of a medical expense to include qualified physical activities as a form of prevention.

The importance of this latest introduction of PHIT, a bill first introduced in the House in late May 2006, was not lost on SFIA President and CEO Tom Cove. “We are at a critical juncture in the national debate on healthcare and the PHIT Act is a potential game-changer.”

Bi-partisan support for PHIT, as Washington grapples with the complex issue of how to fix or replace the Affordable Care Act, was strong with three Senators (1-R, 2-D) and nine House members (4R-5D) signing on as original bill co-sponsors.

“For every dollar we can invest in encouraging Americans to get active, the more we can save on future medical expenses. That’s a fact—and it’s why we should be doing everything we can to help people get exercise and stay healthy,” commented Sen. Chris Murphy (D-CT).

For the outdoor industry, which enjoyed a solid relationship with Obama Interior Secretary and former REI CEO Sally Jewell, the win came with Senate confirmation of the new Secretary of the Interior in Congressman Ryan Zinke (R-MT).

The Outdoor Industry Association, which supported Zinke’s 2016 re-election for an at-large congressional seat and supported his nomination as Secretary of the Interior, says it’s encouraged that it will be able to work with him to grow the recreation economy, preserve iconic outdoor places and protect the country’s national heritage. In mid-January, Zinke re-affirmed his outdoor positions before a Senate committee, including a need to prioritize the National Park Service $12 billion maintenance backlog. He also told Sen. Bernie Sanders that “it (climate change) is not a hoax.” 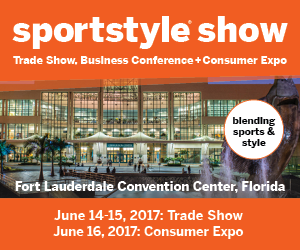