Newly-published data from One Click Retail suggests the success Adidas has had on Amazon.com during the first half of 2017 might have played a role in Nike’s recent decision to forge an official alliance with the online behemoth. Five variations of the women’s Superstar were among the six fastest-growing footwear styles on Amazon during the first half, led by an 890 percent year-over-year increase for the white/black/white, size 7 version.

Adidas CEO Kasper Rorsted has been careful not to overplay the Three Stripes’ two-year partnership with Amazon in the U.S., telling both shareholders and CNBC viewers last week that the company desires “great relationships” with transnational retailers but also wants to promote its own websites for ecommerce sales, which rose a whopping 66 percent during the second quarter. Earlier, he told analysts the brand’s expanded North American distribution, which has not been impacted by closures in U.S. malls, includes 400 new Foot Locker and Dick’s Sporting Goods locations. Later, he confirmed Adidas is contemplating expanding its Amazon relationship to other parts of the globe.

There is no doubt that Amazon’s influence in the shoe world, particularly in sneakers, is rising. Last week, the online behemoth debuted The Fix for Prime members, a new private-label shoe, handbag and accessories line that includes lifestyle sneakers.

While the value of U.S. shoe sales (in-store and online) rose 5 percent to $36 billion in 2016, Amazon’s $1.6 billion slice of the pie (some 4.5 percent) was up 35 percent year-over-year, according to the Silicon Valley research firm. During the first half of 2017, Amazon’s total shoe sales increased 18 percent to $930 million. Athletic shoes were the biggest sellers, up 45 percent to $205 million, and included $40 million in men’s running and $35 million in women’s running sales. One Click’s data only includes sales made on Amazon.com, not Zappos.com. 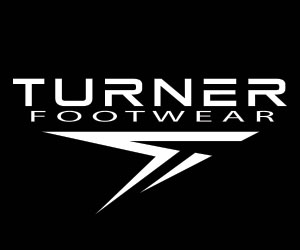