The company is embarking on a global initiative designed to create a single business platform for its brick-and-mortar and e-commerce segments—including front-end point-of-sale and a worldwide order management system—that it believes will “create a much more holistic omni-channel environment” for its businesses and consumers. Columbia isn’t yet saying how much the strategy will cost, but it expects to begin incurring related costs in the second half of this fiscal year and begin regional implementations in H1/19.

“…As a component of demand creation, we think we can help our wholesale partners by making our products look better at retail, have higher value so more merchandise is sold at full price,” President and CEO Tim Boyle told analysts last week.

The Columbia senior executive confirmed the company has had its best product sell-throughs in the sporting goods channel and dismissed any suggestion that retailer private-label brands in that channel, including one being developed Dick’s Sporting Goods, pose a threat to its distribution in the segment. Europe’s Decathlon chain, for example, has a higher penetration of private label than any U.S. retailer, but Columbia’s business there, including its footwear offerings have “been quite strong,” Boyle said.

In H1, the Columbia brand generated 2 percent growth, led by a high single-digit gain in the U.S., DTC and double-digit (constant currency) grown in the EMEA region. Columbia brand’s U.S. wholesale business fell high-single digits in H1 due to the high number of retail bankruptcies, restructuring and liquidations. SOREL sales grew more than 50 percent in H1 on success from an expanded spring assortment; Mountain Hardwear sales were up 4 percent for the six months. Elsewhere, Columbia late Friday announced the resignation of Steve Woodside, SVP of global sourcing and manufacturing since May 2015. 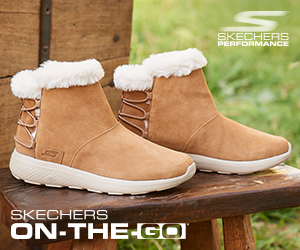