The U.S. Northeast, mostly in New England, will lose another 1.16 million square feet of specialty retail space by June 21 when 21 Bob’s and 27 Eastern Mountain Sports stores shutter for good following liquidations by Gordon Bros./Hilco. Sales commence April 12. The locations designated for closure, as part of bankrupt Eastern Outfitter’s private sale to UK-based Sportsdirect.com, will slash the brick-and-mortar presence of both banners by more than 50 percent.

Bob’s, whose merchandise mix has typically ranged from workwear, athletic footwear and apparel to surf brands and casual pants, will be left with 12 doors. EMS, meanwhile, will move from 52 locations to 25. The chain’s acquirer is expected to put a bigger emphasis on its private label brands in the banners. That strategy is likely to mean bad news for any peripheral brands that have historically been carried in either banner.

Nine of the Bob’s liquidations, which in total will represent an exit of nearly 275,000 square feet, will be in the chain’s home state of Connecticut. These include 50,000+ square-foot stores in Milford and Danbury. There will also be store closures in New York (3), Massachusetts (5), New Jersey (2) and New Hampshire (2).

As for EMS, stores slated for liquidation and subsequent closure include its Commonwealth Avenue flagship of 16,500-square feet near Boston University and Northeastern, a more than 14,000-square foot store in Burlington, VT and a 11,700-square-foot door in Fairfield, Connecticut. In total, the outdoor specialty chain will liquidate and subsequently exit seven New York locations, four each in Massachusetts and Pennsylvania, three in Vermont, two in each Connecticut and New Hampshire and single stores in Delaware, Maine and Rhode Island. The largest EMS being exited is the banner’s 22,204-square-foot flagship on Daniel Webster Highway in Nashua, NH. 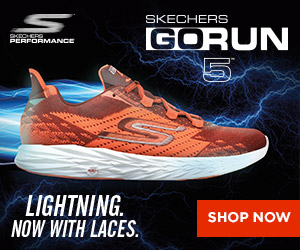